This article seeks to analyze the typology of management along with conflict resolution in terms of their correlation to the social theory of conflict. Social conflicts can be categorized into a number of types. Based on their types the social conflicts can be divided into two parts, namely vertical conflict and horizontal conflict. The vertical conflict is a conflict that has bottom-up as well as top-to-bottom patterns. Conflict management involves every effort to avoid conflicts which are, generally, violently-biased disputes. Such efforts are founded on the basis of resolution processes employing any means of power and authority. The conflict management implies the existence of conflict interventions carried out by conflicting parties or third parties who have considerable power or resources to stabilize the conflict. Within the context of power, the conflict management is usually implemented in three forms, namely formal-legal power, traditional power, and charismatic power. The formal-legal power is power based on such legitimacy tools as law and legislation. The traditional power is power based on claim of belief, faith, and customs. The charismatic power is power based on personal abilities which deal with magical and supernatural realms. 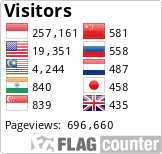